Sometimes, you don't see the picture until much later...

September 24, 2014
Almost a year ago, I had a great experience at the Great Smoky Mountains Institute at Tremont.  The Fall Photo Workshop pumped and refreshed my love of both the mountains and photography.  Over three days, the 20+ attendees hiked over ridge lines to waterfalls, awoke before dawn to drive to sunrise vistas, stumbled in the brush among old abandoned cabins, and setup tripods in the middle of ice-cold streams while taking hundreds of pictures.

A few weeks ago, I received an email from the Institute inviting me to attend again, but due to work commitments, it just isn't doable.  But they also added that Will Clay, the instructor for the past couple of decades was retiring from teaching the class after this fall.  As part of the celebration, they asked prior attendees to each send one or two pictures from their time at the workshop.

So, I began looking through my pictures for two to send.  I went through the ones we self-selected as our best at the workshop, and picked one of a seed pod that I really liked. (Click on any picture to view larger) 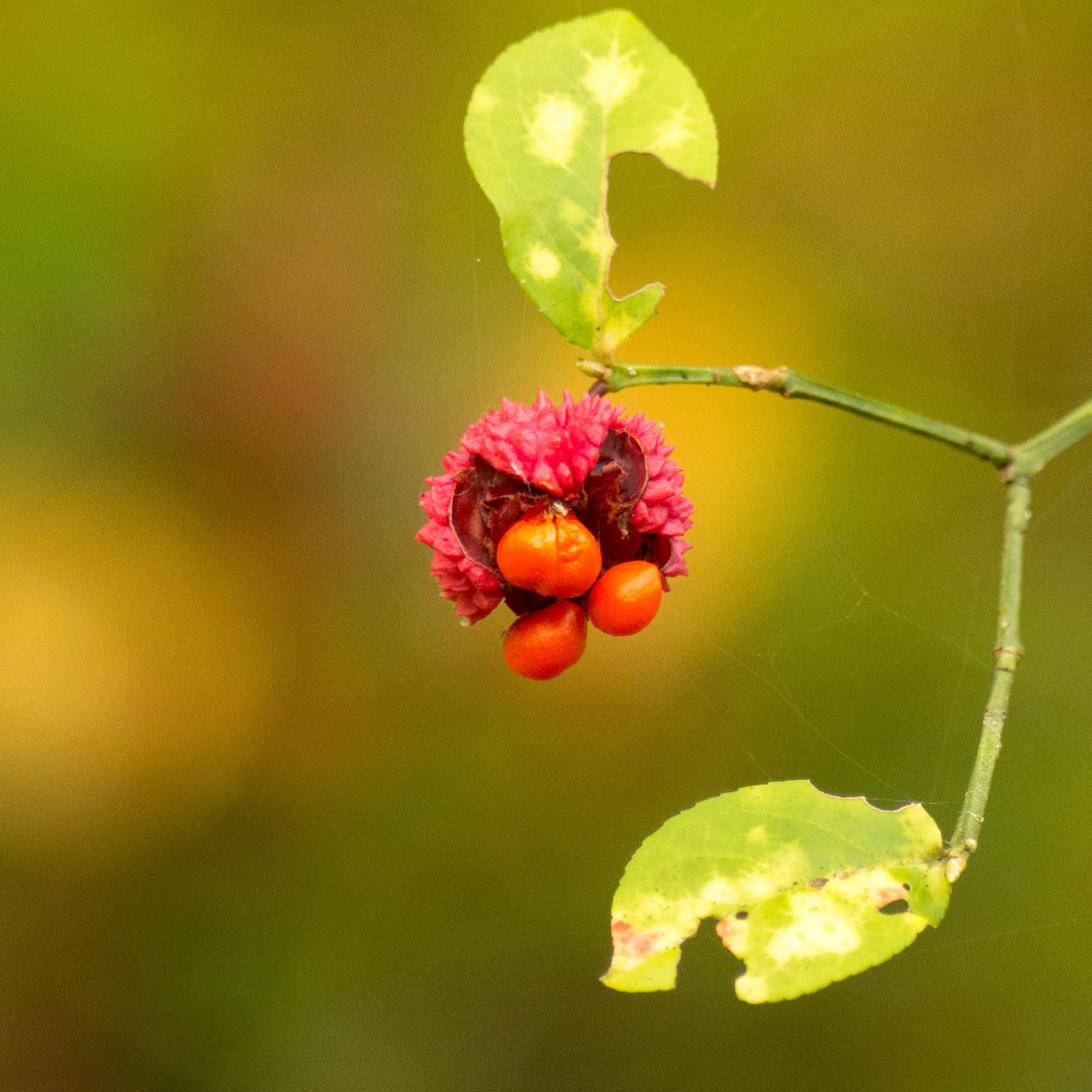 I still don't know what type of plant this is, but it certainly had a vivid splash of color in an otherwise green-yellow environment.

As I looked for another shot, I wasn't satisfied with my original second choice, a almost monochromatic sunrise shot on a cloudy morning. 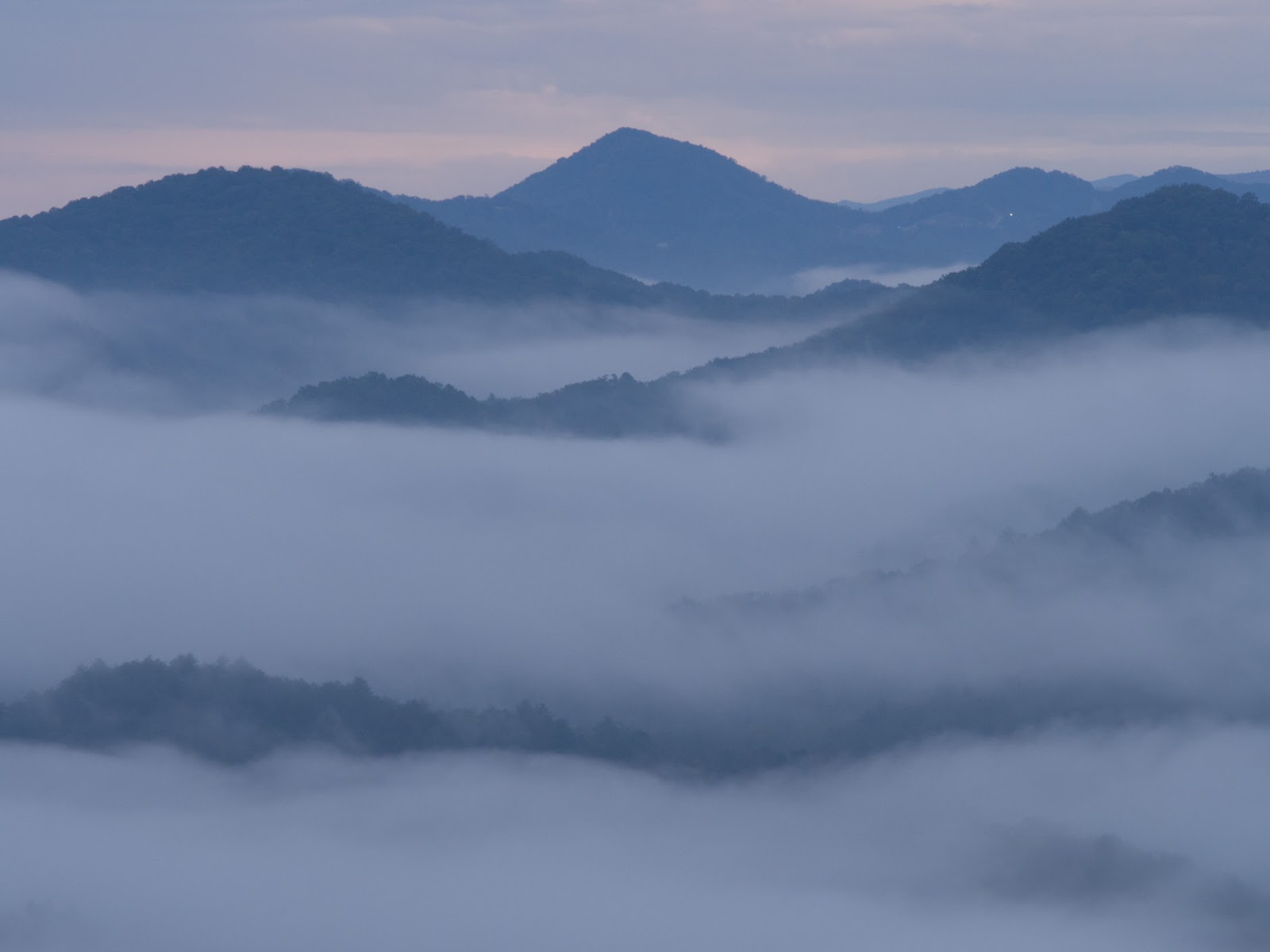 So I delved deeper into my photos from the workshop, considering old cabin photos, waterfall shots, and more.

I considered a shot from the river that runs right past the Institute. 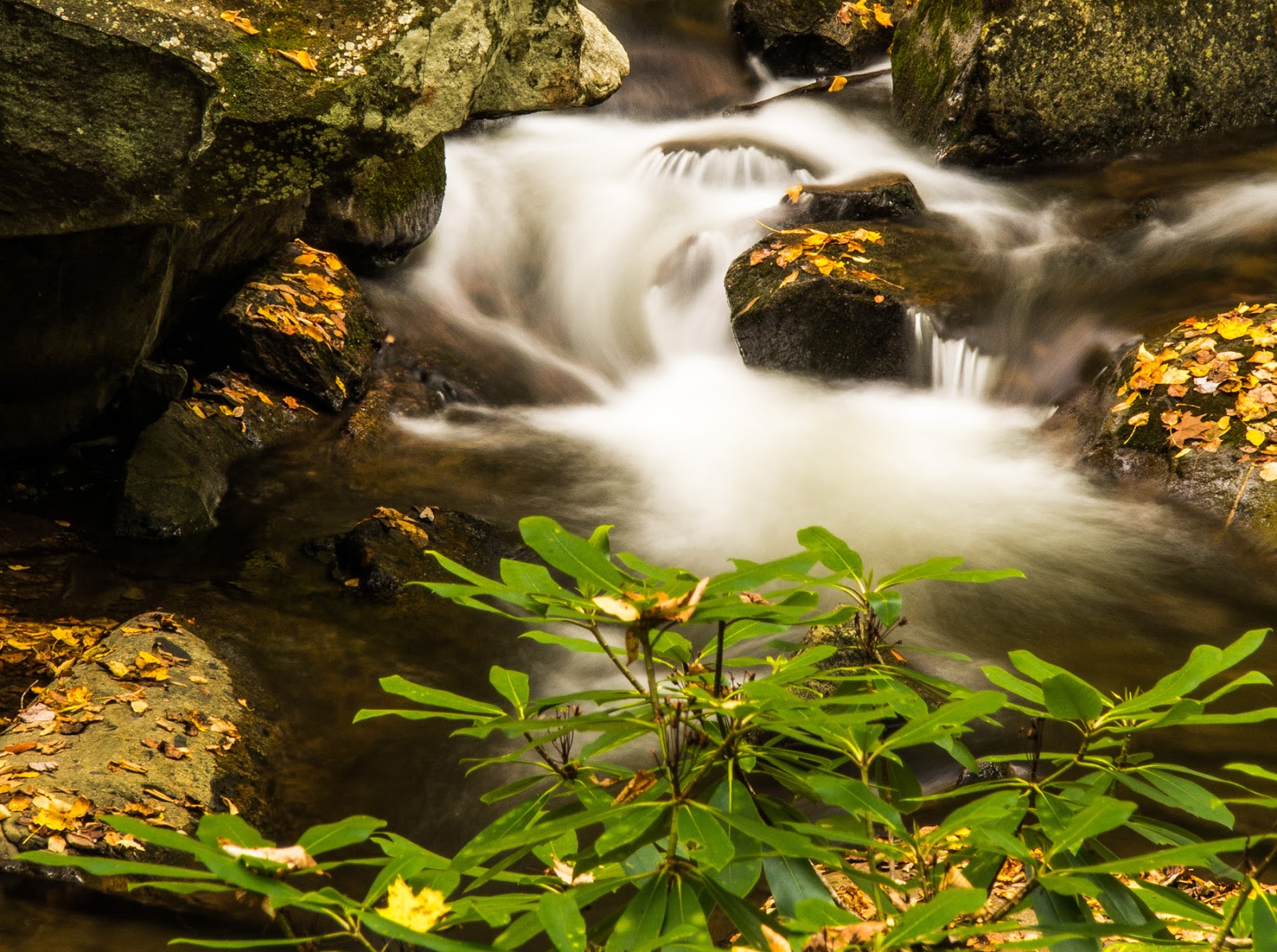 And I looked back over several from the Elkmont section of the National Park, where abandoned cabins are slowly decaying back into the forest floor. 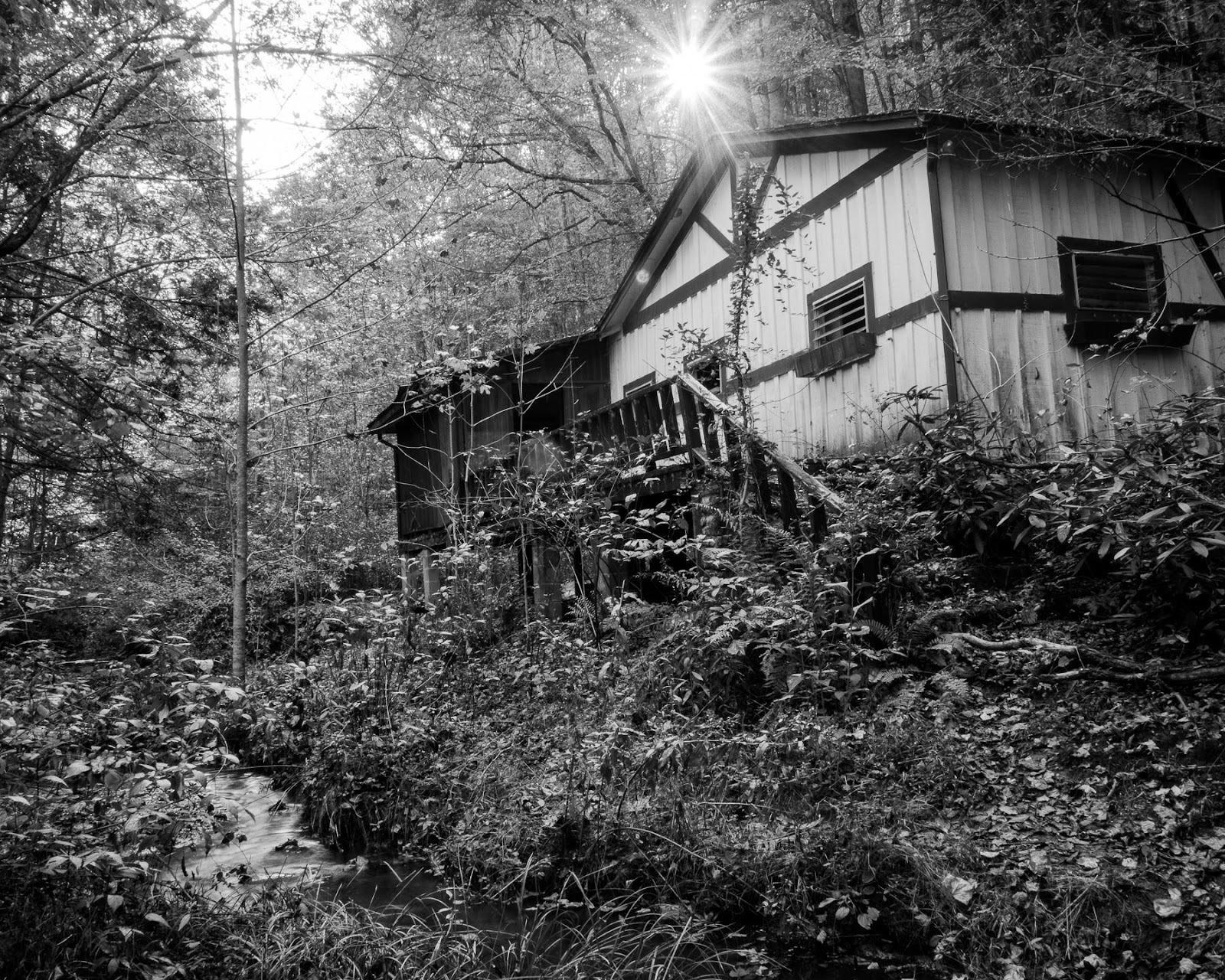 And I was browsing past some shots of a stream,  looking fairly mundane until, in one picture, the water was swirling around a large rock in the stream.  The 1/10 second shot was enough to show movement in the water, yet still provide some structure to the flow.  I cropped it, tweaked a few of the standard exposure controls, and wound up with a really nice finished abstract: 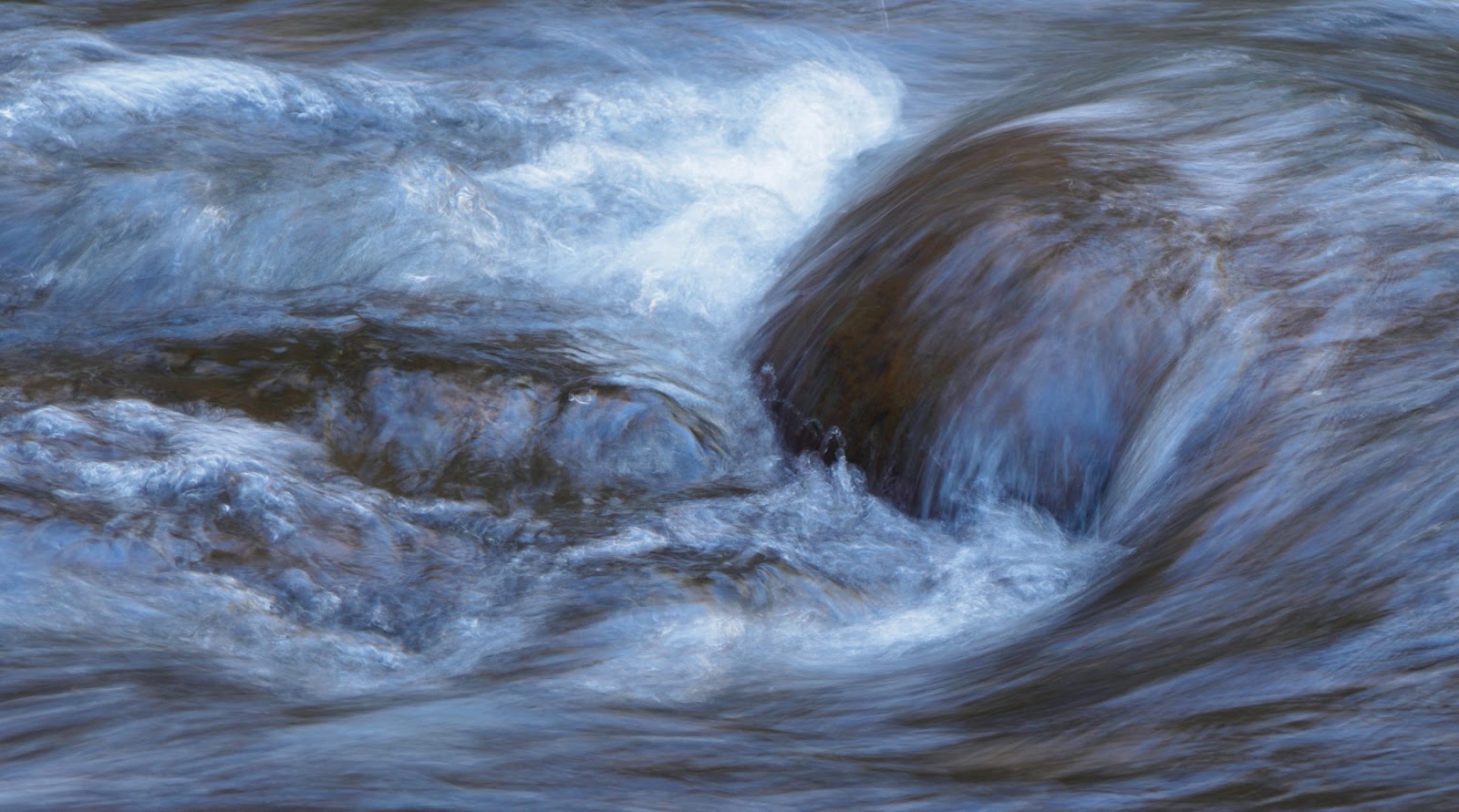 The contrasting colors really finish it off -- the brown of the rocks and streambed beneath the water, the blues of the late afternoon fall sky, and the whites of the churning water.  Im going to print and frame a good-sized enlargement.

It was a reminder that you need to go back through your pictures after some time has elapsed.  You'll find shots that, for one reason or another, didn't jump out at you at the time, but do after time has passed.

January 07, 2018
WARBIRDS   was created in Adobe Spark, a no-programming app for creating dynamic pages with an emphasis on Lightroom CC integration.
Read more 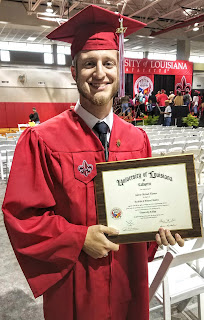 NOTE: I FOUND THIS DRAFT HAD NEVER BEEN PUBLISHED, SO HERE IT IS! Andy actually graduated in December 2017. Andy graduated from UL a couple of weeks ago! The commencement was divided into two sections - a general commencement of all colleges in the Cajundome, and the diploma-conferring ceremony a little while later for each college.
Read more

Which would you choose? 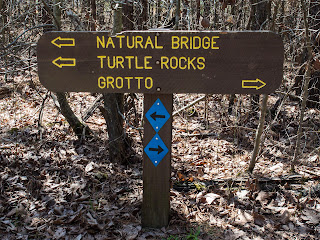 On our last day in Petit Jean State Park , we decided to take one more hike.  A short way into the pine forest at the start of the Seven Hollows Trail , we encountered a split in the trail.  Which way would you go? It turns out that it didn't matter. It was one long loop, and you saw all three natural attractions no matter which way you went. This kind of reminds me of our blog.  I keep starting and stopping, thinking I should make it a photo blog, maybe a commentary blog, or some sort of other blog, like something about essential tremor. Then I realized its just like the sign -- it doesn't matter, because I can do it all in this one blog.  So you may see pictures of the kids one post, a rant about cuts to social security in another, and info about ailments like essential tremor or glaucoma in a third.  If I can do it, I'll tag posts so you don't see what you don't want to see.
Read more